EmojiTAG, Worth a thousand interpersonal words 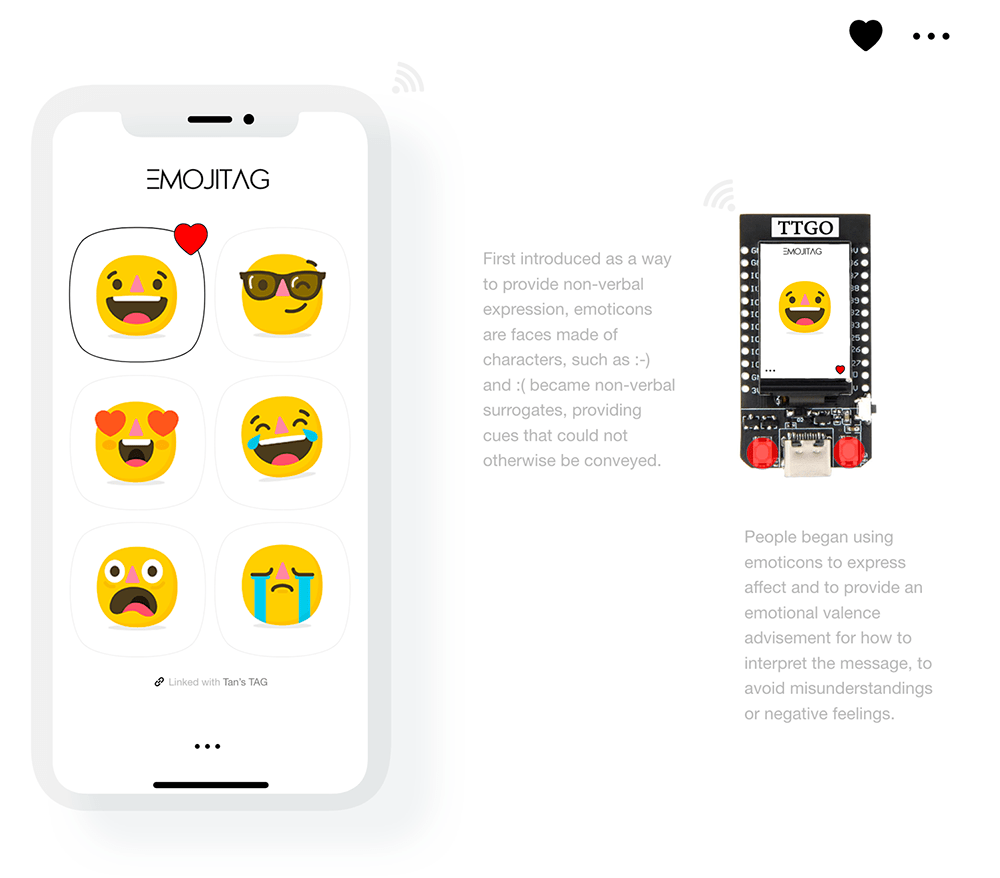 Worth a thousand interpersonal words: Emoji as affective signals for relationship-oriented digital communication.

First introduced as a way to provide nonverbal expression, emoticons are faces made of characters, such as :-) and :( became non-verbal surrogates, providing cues that could not otherwise be conveyed. People began using emoticons to express affection and to provide an emotional valence advisement for how to interpret the message, to avoid misunderstandings or negative feelings.

How to include people without a smartphone or tablet in the world of emojis? What is needed for my 97 year old grandmother to recieve, like, and send a personal Emoji?

How the logo evolved into the current version.

How it will work on the sender end...